Everything You Need to Know About H-1B Visa Start Dates 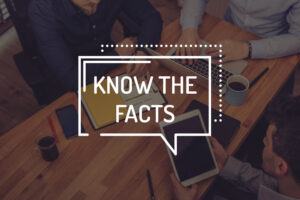 On October 1st of each year, hundreds of thousands of foreign nationals start work in the U.S. on the H-1B visa. Is October 1st the only start date for H-1B workers? Can an H-1B visa holder enter the U.S. before their visa start date? Are there other U.S. visas that can get candidates to the U.S. more quickly? Our business immigration team is here to answer all these questions and more.

About the October 1st Start Date for the H-1B Visa

New H-1B cap visas always have a start date of October 1st. However, cap-exempt H-1Bs are not subject to October 1st start dates.

H-1B petitions that can start anytime throughout the year include: 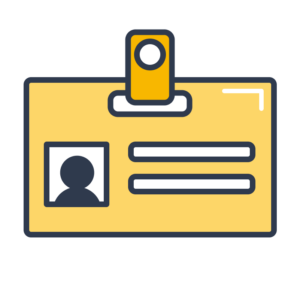 FAQs about the H-1B Visa

The U.S. government sets a cap on the number of new H-1B visas available each year. Typically, 85,000 new H-1B visas are available. This includes 20,000 H-1Bs designated only for applicants with a Master’s degree or higher.

Qualified H-1B applicants are chosen randomly by a cap “lottery” in March or April each year. The 85,000 applicants selected for the lottery can then file an H-1B petition.

What types of H-1Bs are cap-exempt?

New H-1B visas filed by universities, non-profits, and government research organizations are exempt from the cap. In addition, H-1B extensions and change of employer petitions are cap-exempt.

Can you enter the H-1B lottery before getting a job offer?

No. The H-1B must be filed by a U.S. company for a candidate they intend to hire. Individuals can only begin the H-1B process with a sponsoring company.

Is it easier to get an H-1B in certain occupations?

No. Occupations are not a part of the selection process since the H-1B applicants are chosen randomly in a lottery. However, to enter the lottery, you must qualify for the H-1B with a specialty occupation.

How can you increase your chances of being selected for the H-1B lottery?

H-1B applicants with a U.S. master’s degree have the highest chance of being selected for the H-1B lottery.

Why? USCIS first selects 65,000 H-1B applicants at random. After the initial lottery, USCIS picks an additional 20,000 out of the remaining applicants with a Master’s degree.

How do you enter the H-1B lottery?

You can register for the H-1B cap lottery online via USCIS’s electronic registration process. The registration dates vary each year, but generally, you can expect the registration to be open for two weeks in March or April.

Can you apply for an H-1B from your home country?

Yes, you can apply for the H-1B when you are outside the U.S. Before you enter the U.S. on H-1B status, you will need to get your visa stamp at a U.S. consulate or embassy.

What documents are needed for an H-1B petition?

How long are H-1Bs valid?

An H-1B visa is initially valid for three years. H-1B holders can extend their status for a maximum of six years.

How do you extend an H-1B visa?

You can extend an H-1B visa by filing an extension (also called an H-1B renewal) with USCIS. You can file an extension petition up to six months before your initial H-1B expires. Extending an H-1B is similar to the initial H-1B application process, but you do not have to enter the H-1B lottery.

Yes. The spouse of an H-1B visa holder can work for a U.S. company on H-4 nonimmigrant status. Before starting work, H-4 holders must file Form I-765 to receive employment authorization.

Can you change employers after starting work on an H-1B?

Yes. If you get a job offer from another U.S. employer, your new employer can file a change of employer (also called H-1B transfer) visa petition with USCIS. The process is similar to filing an initial H-1B or extension, but you do not have to enter the H-1B lottery.

Are there other U.S. work visas besides the H-1B?

Need support on your next visa application? We’re the trusted immigration service provider for hundreds of companies. Start a conversation with our team today to explore H-1Bs, green cards, and everything in between.