Startup Spotlight
From Idea to Exit: How This Startup Turned a Free Tool into an Acquisition

Chris Buttenham built the first version of what would eventually become Obie in response to a problem he faced at work: access to institutional knowledge and company information. An entrepreneur at heart, Chris quit his day job to solve the knowledge management problem. The founding Obie team went through many of the challenges other startups know all too well: finding product fit, monetization, and fundraising woes. It would take Chris and his team several years to land on a product that users would pay for, but the Obie team persevered and ultimately led the company through an acquisition.

Chris Buttenham built the first version of what would become Obie in response to a problem he faced at work: access to institutional knowledge and company information. Chris and his co-worker Rav found themselves constantly calling each other to get information about various job sites while building and servicing high-end servers that ran surveillance systems for grocery retailers in Canada. Chris became fixated on this problem and spun up a quick-and-dirty prototype that Chris and Rav used to access field notes.

“We essentially created an internal note-taking application that we leveraged to document the things we knew about these job sites and the specific projects we were working on,” Chris explained. “It was an effective way to get all the information in our heads into one place, so we each had access to that data when we needed it. That experience sparked the obsession over this problem of knowledge management in organizations of all shapes and sizes.”

Chris’ obsession with the knowledge management problem grew, and he eventually quit his job to tackle this issue. Chris knew how to code just enough to be dangerous, but he needed someone with the technical know-how to build a robust enough product to go to market. Like any determined entrepreneur, Chris had to get creative to find a technical co-founder in his hometown of Hamilton, Ontario and turned to Indeed.com.

Enter Alex Sopinka. After Alex joined, Chris convinced Rav to join them. Chris, Alex, and Rav worked tirelessly to build a product with some legs as a team of three. After feeling like they were “spinning their wheels” for a couple of years, the team pivoted to the idea of integrating information from existing company applications: a critical differentiator from other knowledge management tools. “We integrate knowledge that already exists within organizations, which is a much better switching cost and allows you to pull in these disparate systems into one place to find what you’re looking for,” Chris explained.

Obie eventually attracted the attention of 500 Startups, a prestigious accelerator program in San Francisco. Chris and his co-founders packed their bags for Silicon Valley. Although the user base was growing, the team struggled to get valuable customer feedback from free users. “We received a lot of validation and great press, but we could not monetize the product, and investors weren’t excited about it, “Chris said.

Despite traction, the revenue just wasn’t there, and the team eventually left San Francisco to keep grinding it out at home in Canada.

“We had all of this momentum from being in San Francisco. We realized that is where we need to be,” Chris reflected. “We had a U.S. entity, and so the goal was to be physically located in the U.S. so we could reap the benefits of the ecosystem. The plan was to hire and grow the team in the U.S., abroad, and eventually garner new investment. And all those things are a little trickier, at least from where we were standing in Canada.”

A U.S. work visa would enable Chris and his team to return to the states to continue building off the critical momentum they created during their time at 500 Startups.

The O-1 visa criteria seemed daunting to Chris at first, but Legalpad simplified the process. “The O-1 application was probably one of the most nerve-wracking processes I’ve ever been through, especially because we felt like we had a lot to lose,” he said. “It felt good to be working with experts at Legalpad. Founders like us have no idea what leverage to pull, and so it’s good to have folks like Legalpad on our team.” Chris received an O-1 visa in 2019.

A Breakthrough and Lessonly Acquisition

Chris returned to Canada determined to crack the code to monetize Obie. The team decided to turn off the free product and put a price tag on the solution. “When we shut that free mode off, we started to figure out who was willing to pay for the product and why,” Chris said. “It focused our roadmap and the positioning of the product, which turned into cleaner messaging to attract customers who were willing to put down their credit card.”

This new traction finally garnered the attention of investors and the Obie team closed on a round of funding. The influx of cash and promising traction enabled the team to make several critical hires. Obie was ready for the next phase of growth. Then early in 2021, Lessonly approached Obie about a possible acquisition. Lessonly was already the enablement suite of choice for frontline teams, but Lessonly was missing a knowledge product. 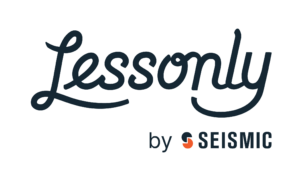 “We were not planning to get acquired, but when Conner and Max, the Lessonly founders, reached out about joining forces, we realized that we sell into a lot of the same customer profiles,” Chris said. “They were looking to fill this gap, and they didn’t want to build it; we wanted acceleration without having to raise funding.”

After a few discussions, the match seemed like a perfect fit.

In July 2021, Lessonly acquired Obie. Obie, now Lessonly Knowledge, enables employees to find the information and answers they need at work, no matter where that information lives. “It was a really great outcome for everyone involved and it is super exciting to join an amazing culture and company,” Chris said.

“I’m super excited about the potential of our technology. Lessonly is doubling down on it, and we are ramping up the sales organization to continue to sell it with way more resources than we ever had before.”