Michael Oluwole is the Nigerian founder of Touch and Pay, a fintech startup that  is digitizing payment across the African continent, one merchant at a time.

The vast majority of all transactions in Africa are cash. Michael Oluwole, a Nigerian entrepreneur and engineer, set out to change this by digitizing microtransactions.

Michael's Beginnings as a Student Founder

Driven by a natural talent for numbers and an interest in automobiles, Michael studied mechanical engineering at university in his home country, Nigeria. Soon Michael discovered his true passion, problem-solving.

In his free time as a student, Michael would bring together his friends, and they'd brainstorm innovative solutions to problems they were facing. From there, he began applying to competitions like Microsoft's Imagine Cup.

In 2013, at the Imagine Cup, he met his future Co-Founder, another entrepreneurial Nigerian. Before graduation, they had already started building Touch and Pay, a tech solution inspired by a frequently encountered problem.

Have you handed over a large bill for a small purchase only to be told by a cashier that they don't have change? That situation is a daily occurrence in a cash-dominated society like Africa. Instead of just buying what they want, Africans are often forced to make unnecessary purchases just to get enough change to buy the things they intended to purchase. 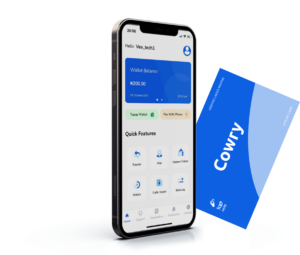 What about paying with a card? On the African continent, the vast majority of transactions are made entirely in cash. Most merchants don't have the infrastructure to accept card or digital payments, so people are left with one option—cash.

Navigating a cash-dominated society is not just an inconvenience. When the majority of transactions are made in cash, it limits people's ability to build and access credit.

Michael and his co-founder saw these obstacles as opportunities to apply their problem-solving skills and create something new.

"Transportation was very, very pivotal to our system," Michael said during our recent conversation.

They knew that people would welcome the opportunity to pay for their daily bus ride digitally instead of in cash. Once enough people were on the platform, they would begin partnering with other merchants.

Soon, Africans would be able to pay for the bus, coffee, lunch, groceries, and other daily purchases with the same digital payment system.

But this would be a big undertaking. Micahel's team would need to provide end users with cards linked to their digital payments system. They would also have to provide each merchant with a POS terminal where end users can tap or swipe their cards.

When Michael shared his vision with investors and other entrepreneurs, he faced a lot of doubts. When I asked him about this, he shared:

"People didn't outright say that we were crazy. They didn't come out to say what we were doing was impossible. But they say things like, 'Oh, it doesn't make sense. Or why would you want to do it like that?' Or, 'While this idea looks interesting, it's far-fetched.'"

But Michael did not let the doubts get to him. He knew that if he achieved what he was trying to achieve, it would change his country and his continent for the better.

Because of their perseverance, Michael and his team have worked with over 2000 merchants and 2.5 million users across Nigeria. In the past few weeks, they have launched pilots in more countries, including Rwanda and Ghana. To top it off, they've gone through one of the most competitive startup accelerators in the world, Y Combinator, and raised seed funding.

The O-1 Visa as a Game-Changer

You might be thinking, why would Michael want a U.S. visa if his company is focused on African markets?

As it turns out, getting a U.S. work visa has been critical for Touch and Pay. Michael goes as far as saying that his O-1 visa is part of "the lifeline" of his business.

Before the pandemic, Touch and Pay tried to raise seed funding remotely. "We struggled. We should have raised more," Michael said. 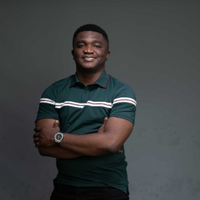 Michael began thinking about the O-1 visa after witnessing other Nigerian founders who had taken their businesses to the next level with U.S. investments. One of his friends told Michael about their secret: the O-1 visa.

Being in the U.S. on O-1 status has allowed Michael a level of access to investors and industry leaders that would have been impossible remotely.

Michael had been in the U.S. on the O-1 for only four weeks when we talked. Michael reflected on his initial weeks in the U.S., "It has opened up a lot of more relationships and more opportunities. And I realized if we had done this earlier, maybe it would've been better. But hey, we can't cry about spilled milk."

When asked what advice he gives to other international founders, Michael said this:

"Understand the tools that are necessary for the growth of your business. Once you understand that, everything falls into perspective. So an O-1 visa is an essential tool for your business. It is not a luxury. It's not just any other thing. It is an essential tool that every serious-minded startup looking at getting funding from the U.S. should have. It allows you to be able to work from the U.S., it also allows you to be able to travel back and forth and establish a business here, where investors see your business as credible."

Some international founders dream of building a startup for U.S. markets. For others, like Michael, access to the U.S. is necessary, but their business remains focused on foreign markets. Regardless of your reasons for exploring U.S. immigration, we hope that Michael's story is an encouragement to you. Explore our blog to read more founder stories, and learn about U.S. immigration.