Everything You Need to Know About New Office L-1s

The L-1 is a nonimmigrant visa that enables multinational companies to transfer international employees to a U.S. office. But what if your company doesn't have a U.S. office yet?

That is where new office L-1s come in! A “new office L-1” differs from an L-1 for a company with an established presence in the U.S. In this article, we'll share everything you need to know about new office L-1s. 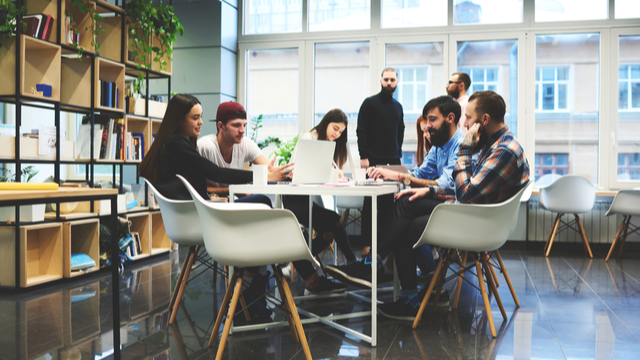 Before we go into new office L-1s, let's review what an L-1 is and who qualifies.

The L-1 visa is one of the most advantageous U.S. work visas. It allows multinational companies to bring certain employees from foreign offices to their U.S. office(s). To qualify, an employee must:

If you'd like to send employees (or yourself) to the U.S. on an L-1 but don't have a U.S. office yet, you'll file an L-1 new office petition.

New office L-1 visas are initially granted for one year. New office L-1 holders are expected to focus on growing the U.S. office during that time.

After the first year, L-1 holders can file for an extension. L-1 visas can be extended in three-year increments for up to five (for "specialized knowledge" workers on L-1B) or seven years (for managers or executives on L-1A).

Other Visas For Expanding Into The U.S.

Maybe the L-1 visa doesn’t sound right for you. Perhaps you just recently started your foreign company and haven’t worked there for a year. Or maybe you don’t want to set up a physical office space in the U.S. The L-1 isn’t for everyone!

Luckily, there are many different business immigration paths through which you can bring your company to the U.S. The H-1B is the most well-known U.S. work visa. The O-1 is a popular nonimmigrant visa for startup founders who are eager to expand into U.S. markets. The E-2 visa allows nationals from certain countries to work temporarily in the US. after investing in a U.S. company (such as their startup). Explore all of your options to ensure you make the best decision for your case!

The L-1 visa helps many international startups expand to the U.S. each year. Your company could be next! But if the L-1 is not the right choice for your situation, there are other U.S. visas to explore. Either way, you’ll want to work with an experienced immigration attorney to prepare a strong work visa petition. Connect with Legalpad's business immigration team to get started.