Each year, about 85,000 H-1Bs are allotted through the USCIS lottery system. By a wide margin, the top occupation of H-1B holders work in the software field in some capacity, the two most common job titles being software engineer and software developer. But there are other sub-disciplines within the field (e.g. programmers, QA analysts) that for all intents and purposes, are included within software. For the purpose of this data report, we've included all positions with the word "software" in their job title.

In our second deep dive into H-1B data, we investigate those specifically in the software field, looking at their salaries, employers, locations, and other data. We also investigate the other engineering disciplines that top tech companies recruit and sponsor for H-1B. To get your own insights into this data, visit visalist.com, developed by Legalpad in partnership with Polymer, whose AI automatically creates a smart and dynamic interface from spreadsheet data. 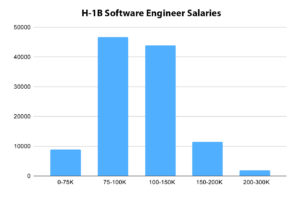 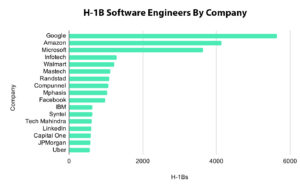 While Facebook (1095) and Apple (567) employ less software engineers, their average salary is higher than their competitors at Google, Amazon, and Microsoft. A high percentage of those engineers make $150,000 or more – Facebook (76%) and Apple (60%). 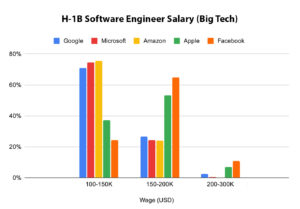 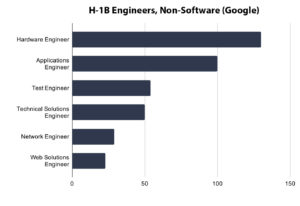 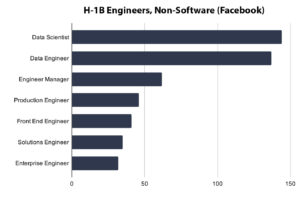 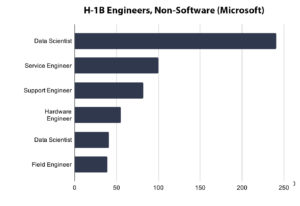 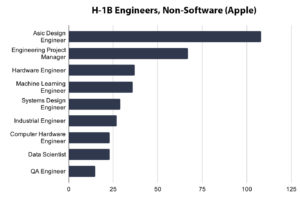 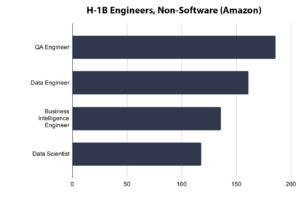 Regardless of your area of discipline, tech companies across the country hire international talent and provide sponsorship for their H-1B. It's just a matter of finding the right fit for you!