Can I Get a TN Visa as a Startup Founder?

Yes, Canadian and Mexican startup founders can qualify for the TN nonimmigrant visa! But not all startup founders qualify. In this article, we’ll review whether the TN visa is a viable option for you. 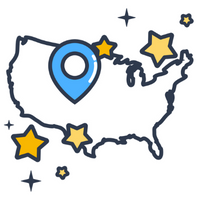 The TN exists because of the North American Free Trade Agreement (NAFTA), which established economic and trade relationships between the U.S., Canada, and Mexico.

For many Canadian and Mexican professionals, the TN visa is an easy choice. The TN can be renewed indefinitely, and Canadians can apply directly at the border. As an added perk, spouses of TN visa holders get U.S. work authorization.

A potential downside with the TN is that it is only available to individuals with job offers in select occupations.

The TN Visa for Startup Founders

The good news: you can qualify for the TN as a startup founder!

The bad news: not all startup founders qualify for the TN.

Being a startup founder does not automatically qualify you for a TN visa. As a founder interested in the TN, you'll want to consider the following:

If you want to work at your startup as CEO or in another role that is not aligned with an approved TN occupation, there are other visa options to consider!

Legalpad is always happy to help international founders on their immigration journey. Check out the rest of our resources, including more informative articles and webinars.